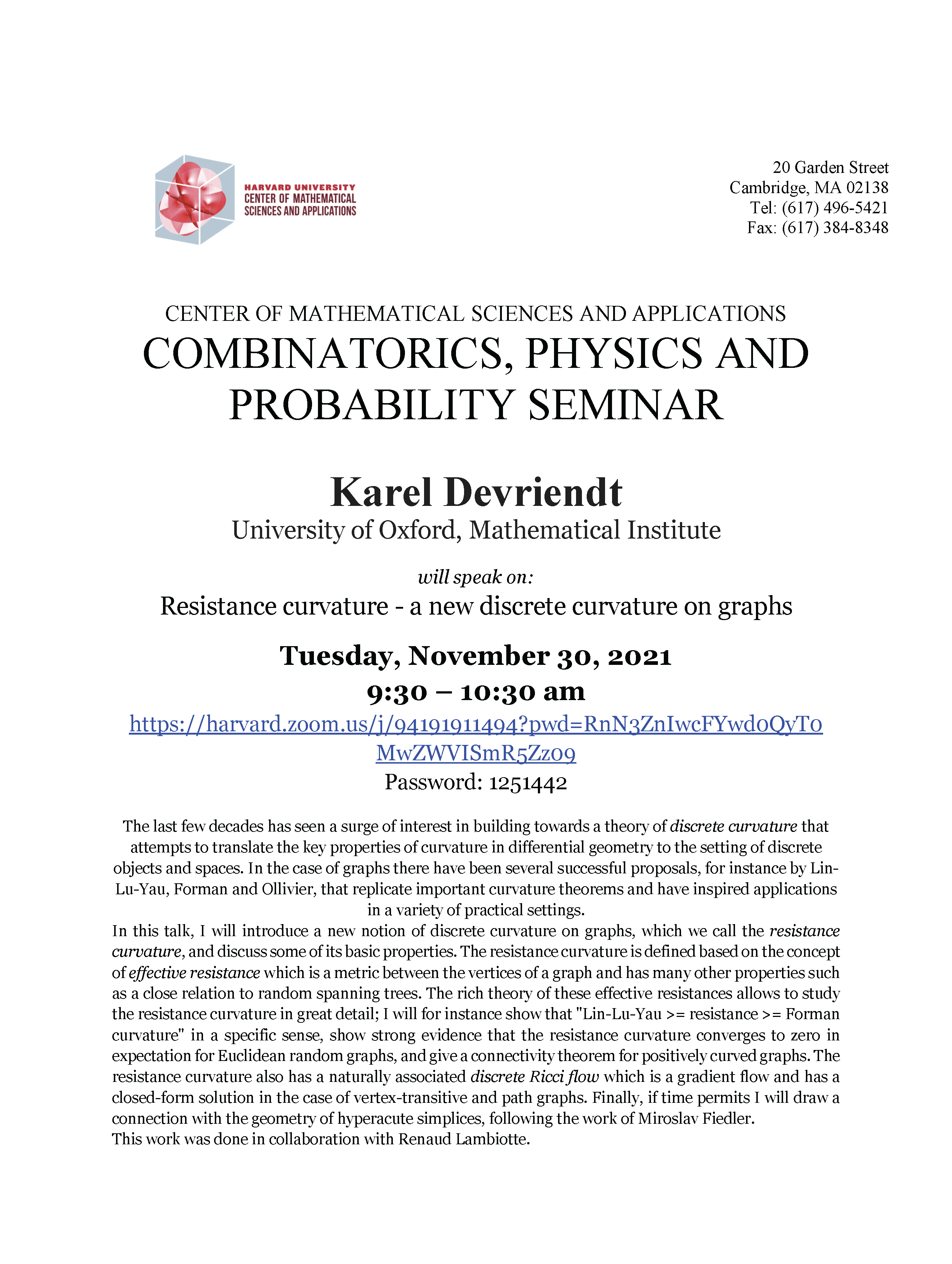 Abstract: The last few decades have seen a surge of interest in building towards a theory of discrete curvature that attempts to translate the key properties of curvature in differential geometry to the setting of discrete objects and spaces. In the case of graphs there have been several successful proposals, for instance by Lin-Lu-Yau, Forman and Ollivier, that replicate important curvature theorems and have inspired applications in a variety of practical settings.
In this talk, I will introduce a new notion of discrete curvature on graphs, which we call the resistance curvature, and discuss some of its basic properties. The resistance curvature is defined based on the concept of effective resistance which is a metric between the vertices of a graph and has many other properties such as a close relation to random spanning trees. The rich theory of these effective resistances allows to study the resistance curvature in great detail; I will for instance show that “Lin-Lu-Yau >= resistance >= Forman curvature” in a specific sense, show strong evidence that the resistance curvature converges to zero in expectation for Euclidean random graphs, and give a connectivity theorem for positively curved graphs. The resistance curvature also has a naturally associated discrete Ricci flow which is a gradient flow and has a closed-form solution in the case of vertex-transitive and path graphs.
Finally, if time permits I will draw a connection with the geometry of hyperacute simplices, following the work of Miroslav Fiedler.
This work was done in collaboration with Renaud Lambiotte.