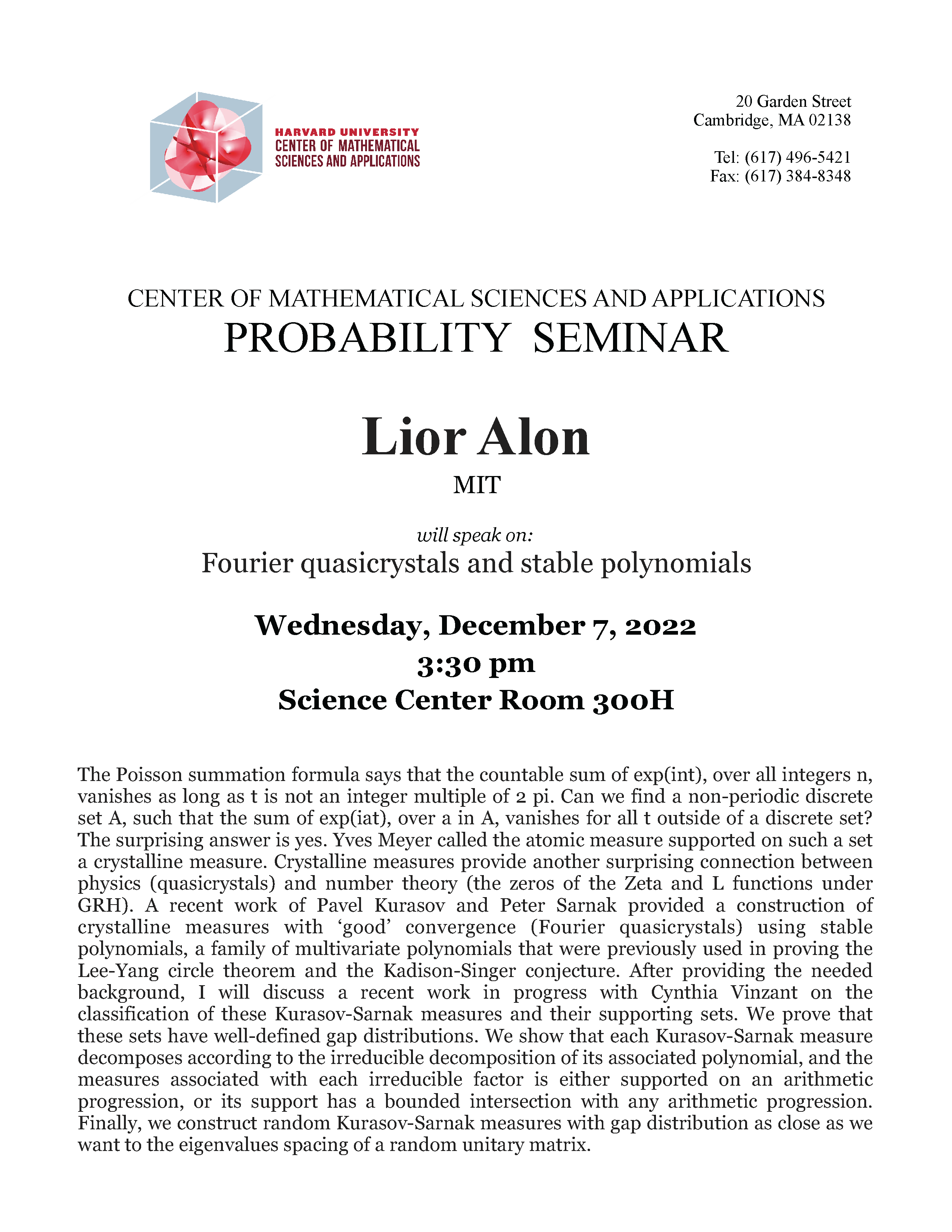 Abstract: The Poisson summation formula says that the countable sum of exp(int), over all integers n, vanishes as long as t is not an integer multiple of 2 pi. Can we find a non-periodic discrete set A, such that the sum of exp(iat), over a in A, vanishes for all t outside of a discrete set? The surprising answer is yes. Yves Meyer called the atomic measure supported on such a set a crystalline measure. Crystalline measures provide another surprising connection between physics (quasicrystals) and number theory (the zeros of the Zeta and L functions under GRH). A recent work of Pavel Kurasov and Peter Sarnak provided a construction of crystalline measures with ‘good’ convergence (Fourier quasicrystals) using stable polynomials, a family of multivariate polynomials that were previously used in proving the Lee-Yang circle theorem and the Kadison-Singer conjecture. After providing the needed background, I will discuss a recent work in progress with Cynthia Vinzant on the classification of these Kurasov-Sarnak measures and their supporting sets. We prove that these sets have well-defined gap distributions. We show that each Kurasov-Sarnak measure decomposes according to the irreducible decomposition of its associated polynomial, and the measures associated with each irreducible factor is either supported on an arithmetic progression, or its support has a bounded intersection with any arithmetic progression. Finally, we construct random Kurasov-Sarnak measures with gap distribution as close as we want to the eigenvalues spacing of a random unitary matrix.

Based on joint work with Pravesh Kothari.