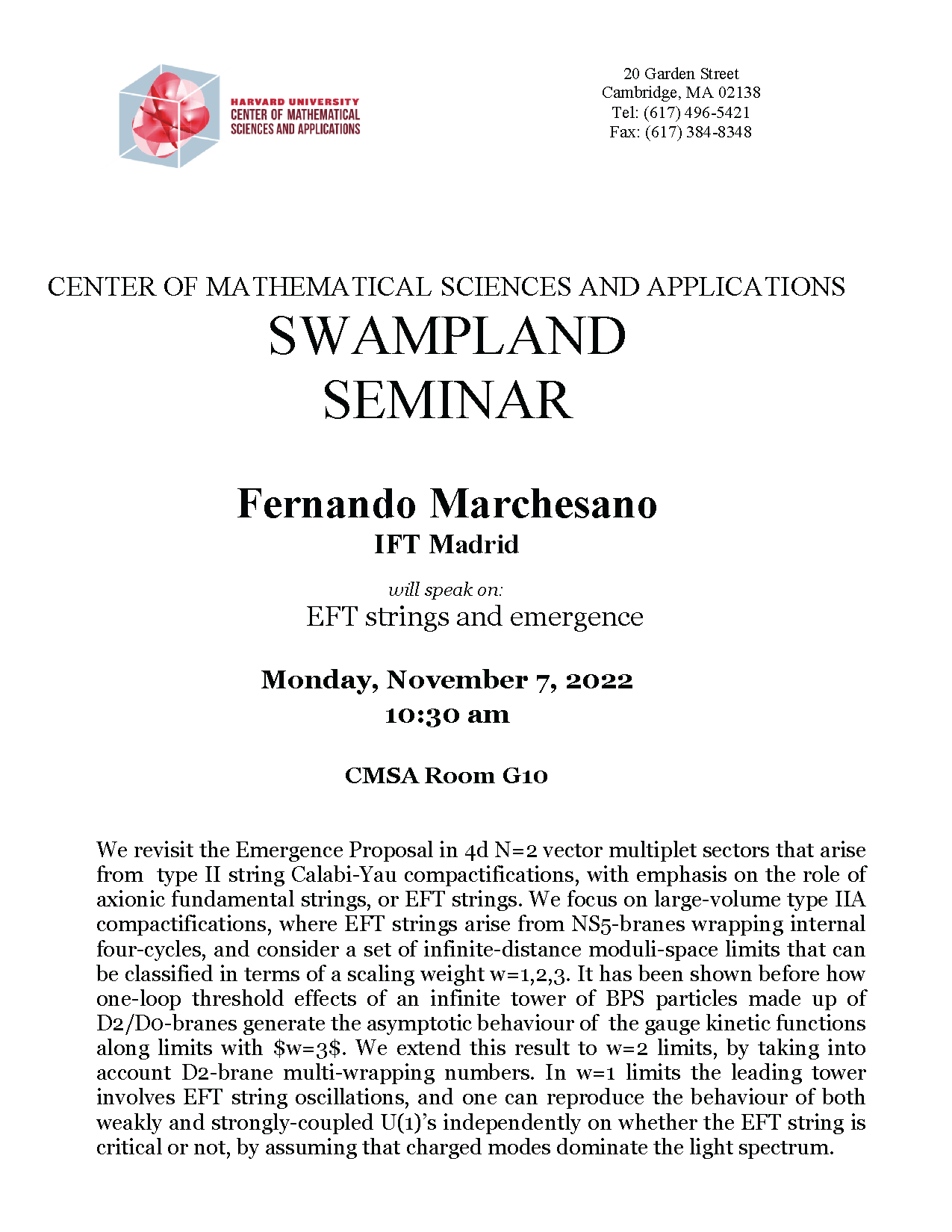 Abstract: We revisit the Emergence Proposal in 4d N=2 vector multiplet sectors that arise from  type II string Calabi-Yau compactifications, with emphasis on the role of axionic fundamental strings, or EFT strings. We focus on large-volume type IIA compactifications, where EFT strings arise from NS5-branes wrapping internal four-cycles, and consider a set of infinite-distance moduli-space limits that can be classified in terms of a scaling weight w=1,2,3. It has been shown before how one-loop threshold effects of an infinite tower of BPS particles made up of D2/D0-branes generate the asymptotic behaviour of  the gauge kinetic functions along limits with $w=3$. We extend this result to w=2 limits, by taking into account D2-brane multi-wrapping numbers. In w=1 limits the leading tower involves EFT string oscillations, and one can reproduce the behaviour of both weakly and strongly-coupled U(1)’s independently on whether the EFT string is critical or not, by assuming that charged modes dominate the light spectrum.