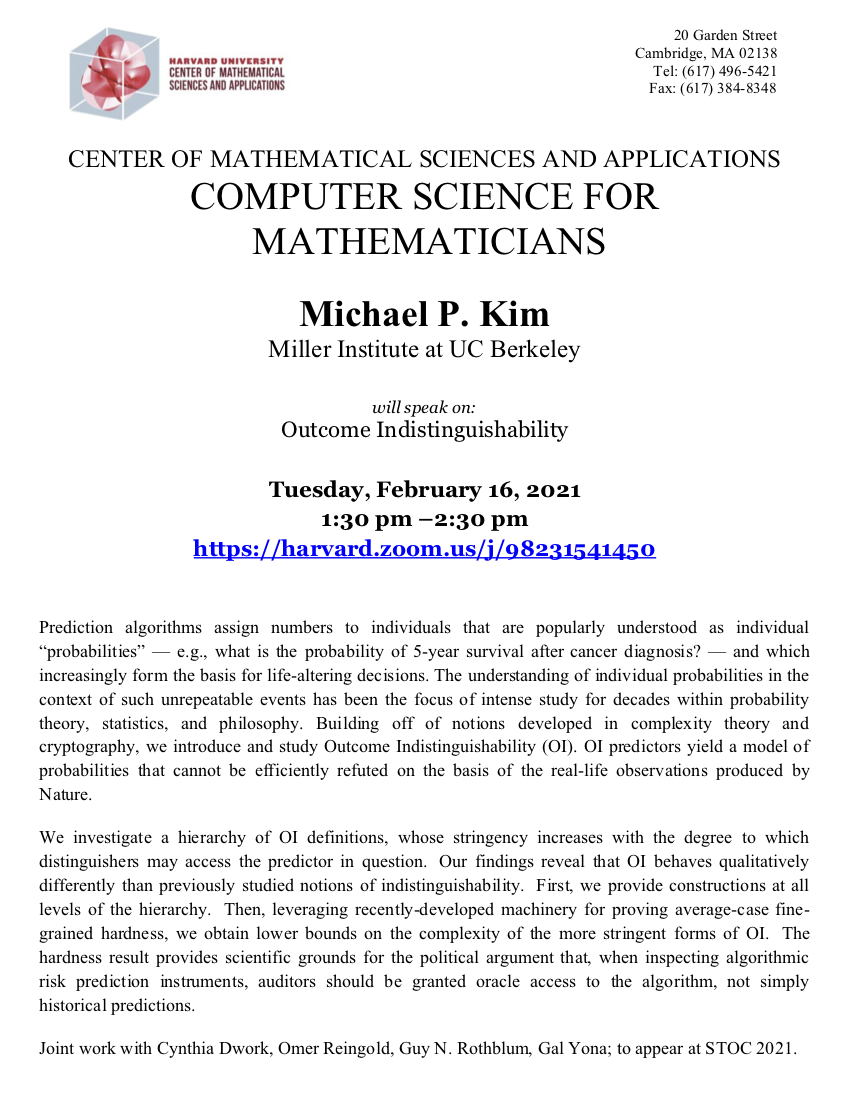 Abstract: Prediction algorithms assign numbers to individuals that are popularly understood as individual “probabilities” — e.g., what is the probability of 5-year survival after cancer diagnosis? — and which increasingly form the basis for life-altering decisions. The understanding of individual probabilities in the context of such unrepeatable events has been the focus of intense study for decades within probability theory, statistics, and philosophy. Building off of notions developed in complexity theory and cryptography, we introduce and study Outcome Indistinguishability (OI). OI predictors yield a model of probabilities that cannot be efficiently refuted on the basis of the real-life observations produced by Nature.

We investigate a hierarchy of OI definitions, whose stringency increases with the degree to which distinguishers may access the predictor in question.  Our findings reveal that OI behaves qualitatively differently than previously studied notions of indistinguishability.  First, we provide constructions at all levels of the hierarchy.  Then, leveraging recently-developed machinery for proving average-case fine-grained hardness, we obtain lower bounds on the complexity of the more stringent forms of OI.  The hardness result provides scientific grounds for the political argument that, when inspecting algorithmic risk prediction instruments, auditors should be granted oracle access to the algorithm, not simply historical predictions.