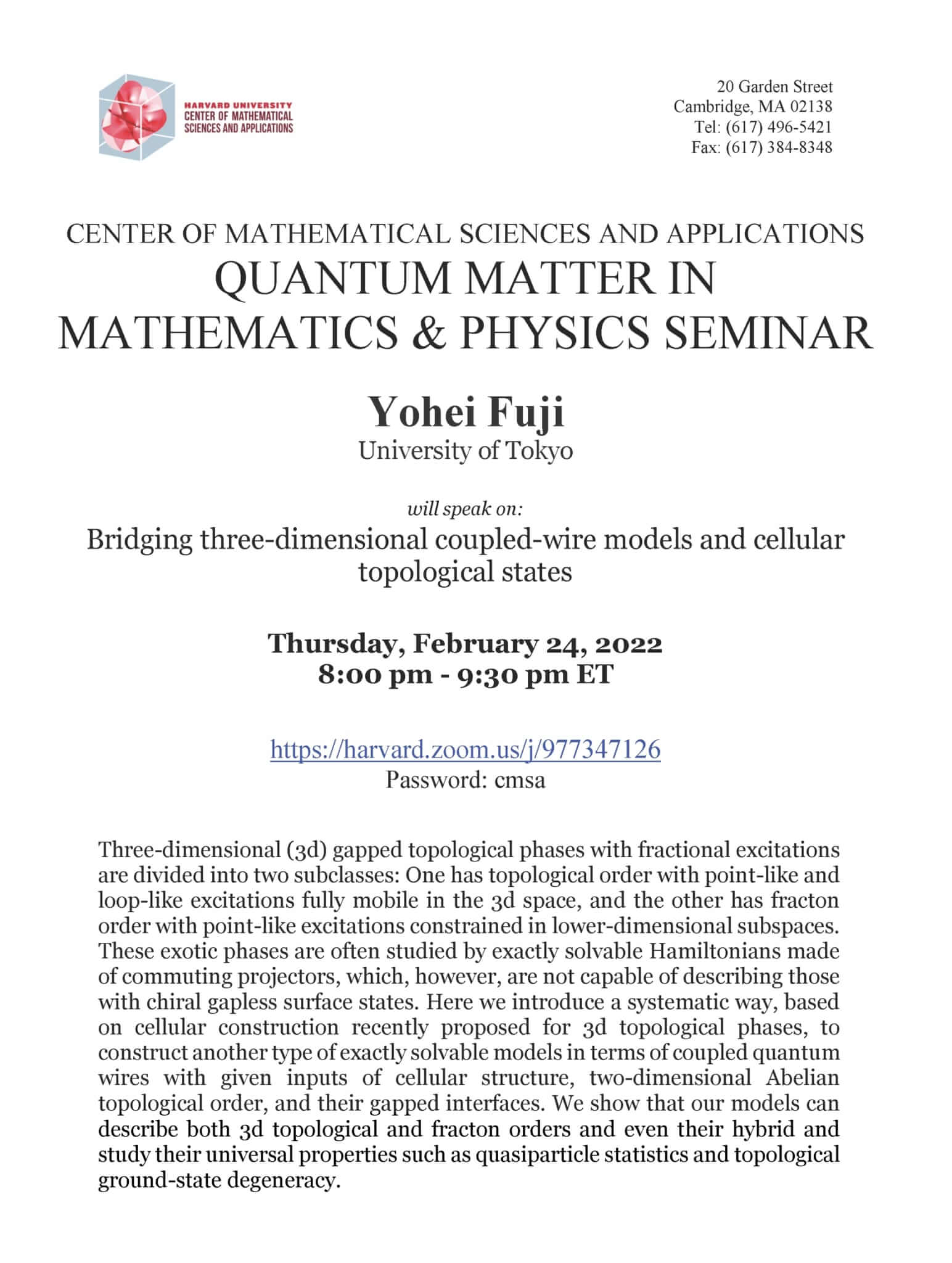 Abstract: Three-dimensional (3d) gapped topological phases with fractional excitations are divided into two subclasses: One has topological order with point-like and loop-like excitations fully mobile in the 3d space, and the other has fracton order with point-like excitations constrained in lower-dimensional subspaces. These exotic phases are often studied by exactly solvable Hamiltonians made of commuting projectors, which, however, are not capable of describing those with chiral gapless surface states. Here we introduce a systematic way, based on cellular construction recently proposed for 3d topological phases, to construct another type of exactly solvable models in terms of coupled quantum wires with given inputs of cellular structure, two-dimensional Abelian topological order, and their gapped interfaces. We show that our models can describe both 3d topological and fracton orders and even their hybrid and study their universal properties such as quasiparticle statistics and topological ground-state degeneracy.