Quantum Oscillations of Electrical Resistivity in an Insulator

Homepage / Events / Quantum Oscillations of Electrical Resistivity in an Insulator 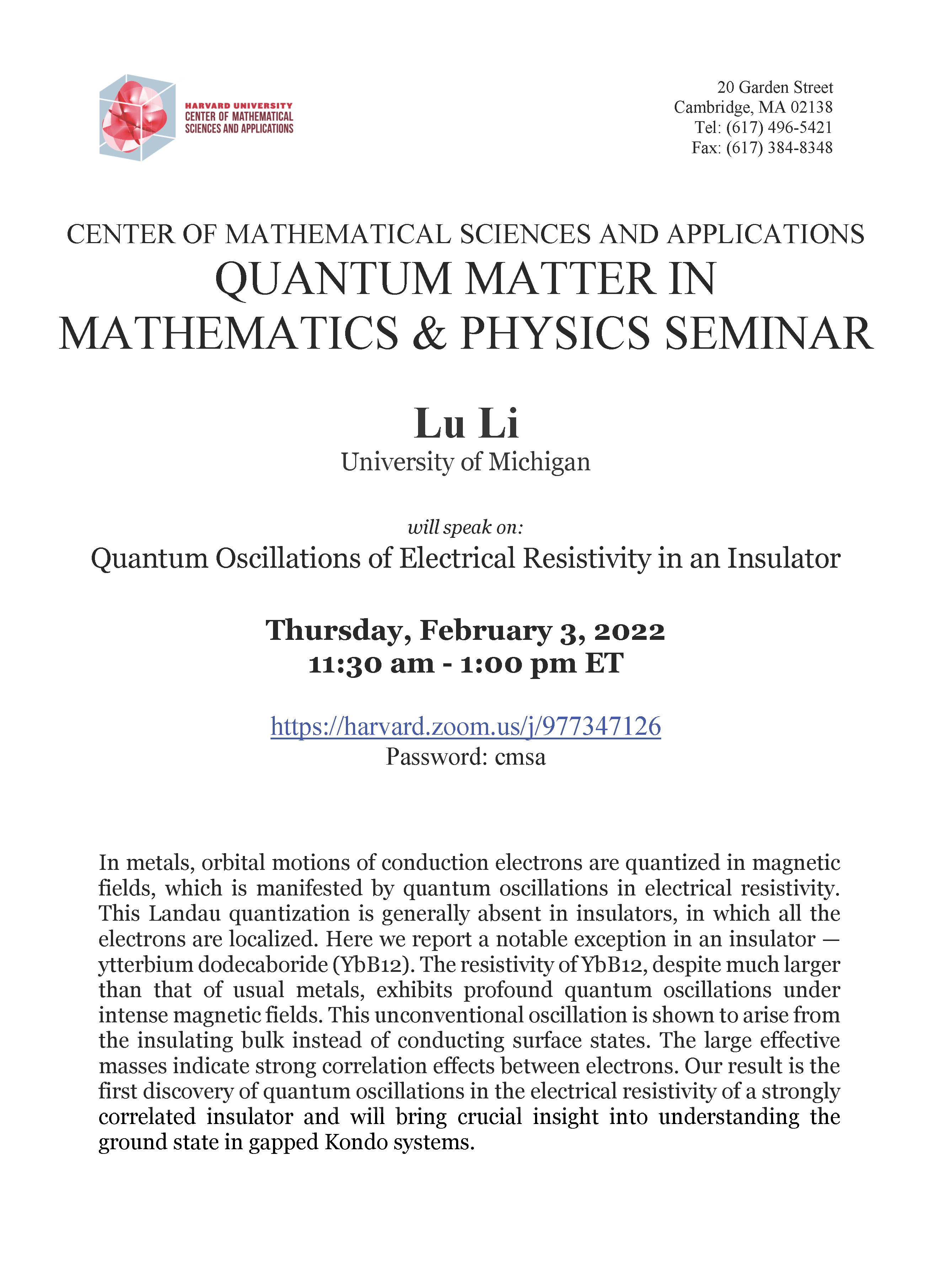 Abstract: In metals, orbital motions of conduction electrons are quantized in magnetic fields, which is manifested by quantum oscillations in electrical resistivity. This Landau quantization is generally absent in insulators, in which all the electrons are localized. Here we report a notable exception in an insulator — ytterbium dodecaboride (YbB12). The resistivity of YbB12, despite much larger than that of usual metals, exhibits profound quantum oscillations under intense magnetic fields. This unconventional oscillation is shown to arise from the insulating bulk instead of conducting surface states. The large effective masses indicate strong correlation effects between electrons. Our result is the first discovery of quantum oscillations in the electrical resistivity of a strongly correlated insulator and will bring crucial insight into understanding the ground state in gapped Kondo systems.