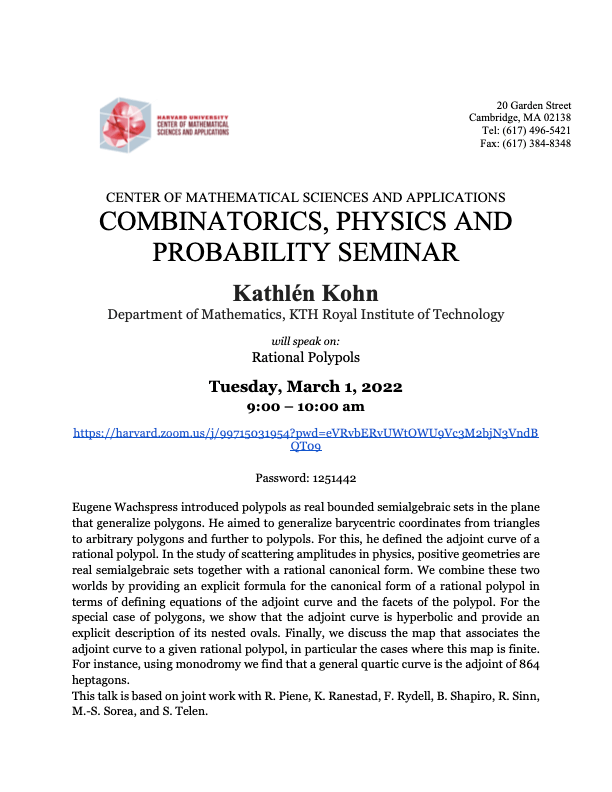 Abstract: Eugene Wachspress introduced polypols as real bounded semialgebraic sets in the plane that generalize polygons. He aimed to generalize barycentric coordinates from triangles to arbitrary polygons and further to polypols. For this, he defined the adjoint curve of a rational polypol. In the study of scattering amplitudes in physics, positive geometries are real semialgebraic sets together with a rational canonical form. We combine these two worlds by providing an explicit formula for the canonical form of a rational polypol in terms of defining equations of the adjoint curve and the facets of the polypol. For the special case of polygons, we show that the adjoint curve is hyperbolic and provide an explicit description of its nested ovals. Finally, we discuss the map that associates the adjoint curve to a given rational polypol, in particular the cases where this map is finite. For instance, using monodromy we find that a general quartic curve is the adjoint of 864 heptagons.