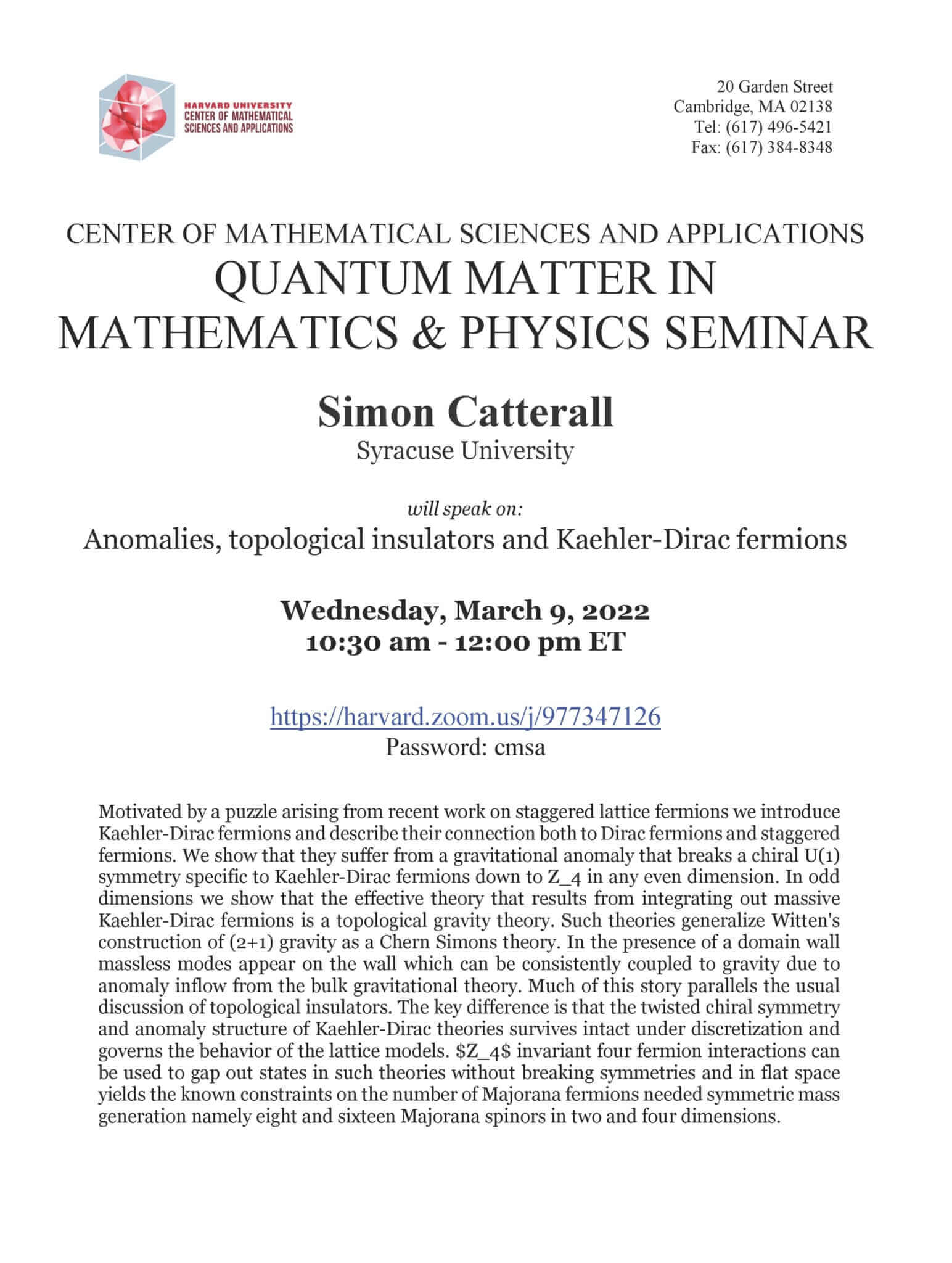 Abstract: Motivated by a puzzle arising from recent work on staggered lattice fermions we introduce Kaehler-Dirac fermions and describe their connection both to Dirac fermions and staggered fermions. We show that they suffer from a gravitational anomaly that breaks a chiral U(1) symmetry specific to Kaehler-Dirac fermions down to Z_4 in any even dimension. In odd dimensions we show that the effective theory that results from integrating out massive Kaehler-Dirac fermions is a topological gravity theory. Such theories generalize Witten’s construction of (2+1) gravity as a Chern Simons theory. In the presence of a domain wall massless modes appear on the wall which can be consistently coupled to gravity due to anomaly inflow from the bulk gravitational theory. Much of this story parallels the usual discussion of topological insulators. The key difference is that the twisted chiral symmetry and anomaly structure of Kaehler-Dirac theories survives intact under discretization and governs the behavior of the lattice models. $Z_4$ invariant four fermion interactions can be used to gap out states in such theories without breaking symmetries and in flat space yields the known constraints on the number of Majorana fermions needed symmetric mass generation namely eight and sixteen Majorana spinors in two and four dimensions.