Cancellation of the vacuum energy and Weyl anomaly in the standard model, and a two-sheeted, CPT-symmetric universe

Homepage / Events / Cancellation of the vacuum energy and Weyl anomaly in the standard model, and a two-sheeted, CPT-symmetric universe 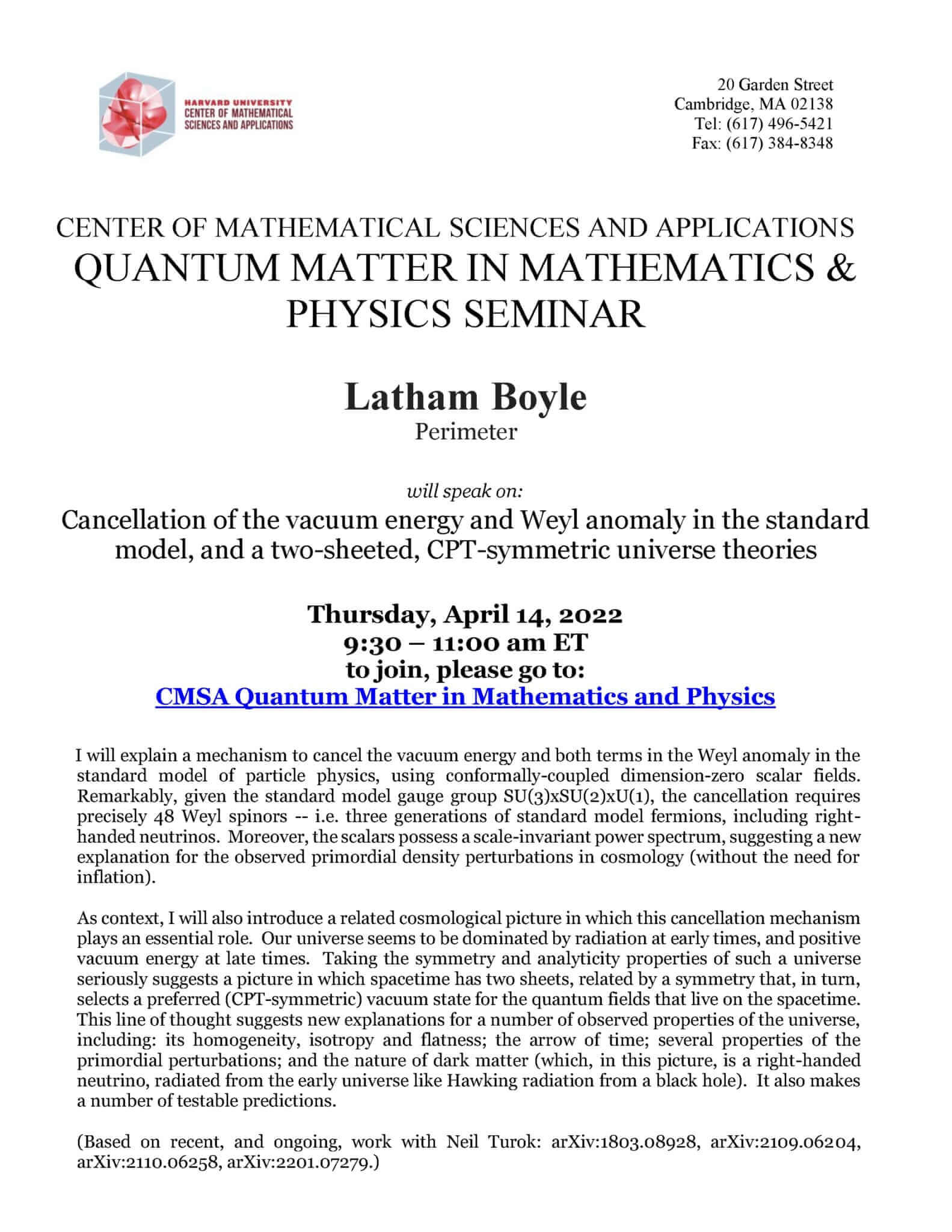 Abstract: I will explain a mechanism to cancel the vacuum energy and both terms in the Weyl anomaly in the standard model of particle physics, using conformally-coupled dimension-zero scalar fields.  Remarkably, given the standard model gauge group SU(3)xSU(2)xU(1), the cancellation requires precisely 48 Weyl spinors — i.e. three generations of standard model fermions, including right-handed neutrinos.  Moreover, the scalars possess a scale-invariant power spectrum, suggesting a new explanation for the observed primordial density perturbations in cosmology (without the need for inflation).

As context, I will also introduce a related cosmological picture in which this cancellation mechanism plays an essential role.  Our universe seems to be dominated by radiation at early times, and positive vacuum energy at late times.  Taking the symmetry and analyticity properties of such a universe seriously suggests a picture in which spacetime has two sheets, related by a symmetry that, in turn, selects a preferred (CPT-symmetric) vacuum state for the quantum fields that live on the spacetime.  This line of thought suggests new explanations for a number of observed properties of the universe, including: its homogeneity, isotropy and flatness; the arrow of time; several properties of the primordial perturbations; and the nature of dark matter (which, in this picture, is a right-handed neutrino, radiated from the early universe like Hawking radiation from a black hole).  It also makes a number of testable predictions.