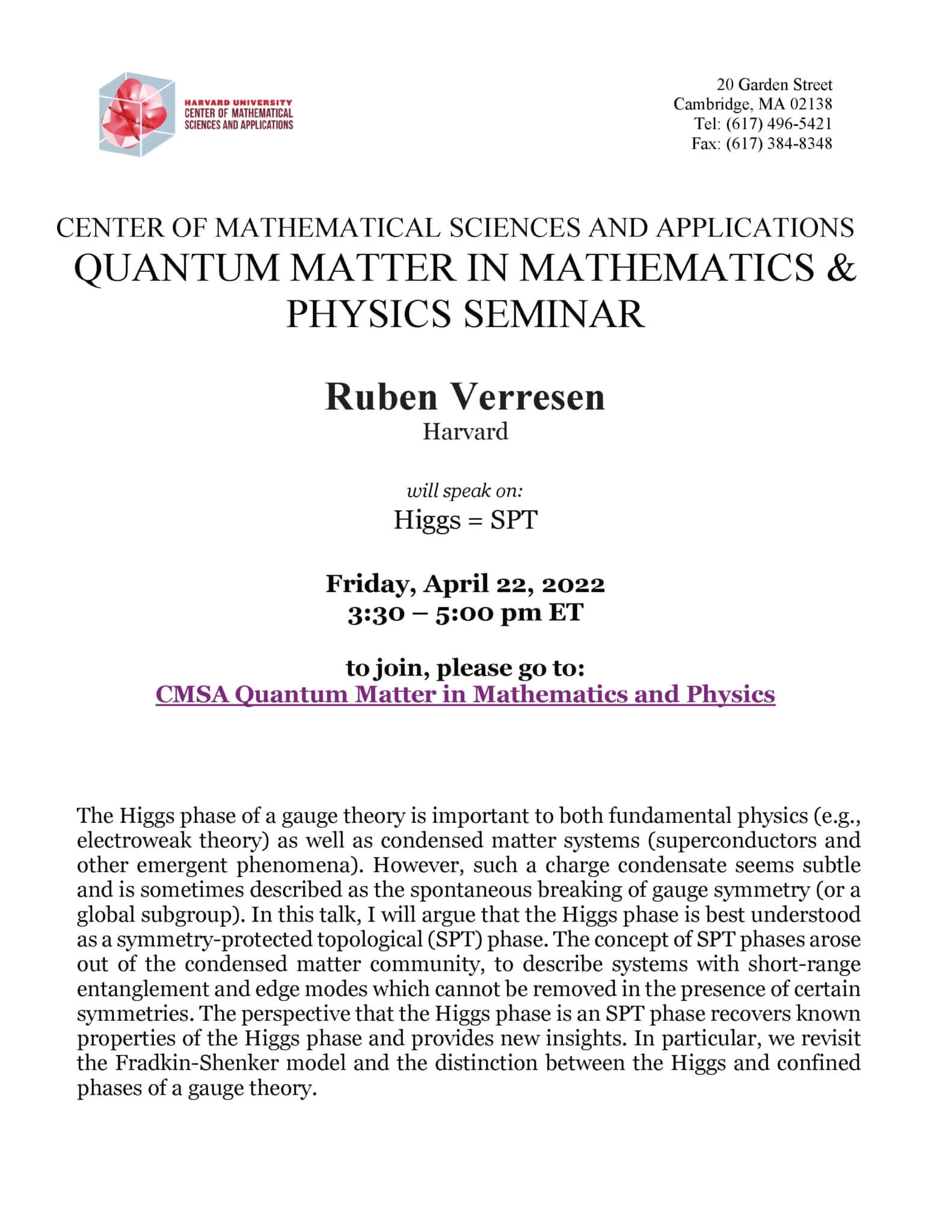 Abstract: The Higgs phase of a gauge theory is important to both fundamental physics (e.g., electroweak theory) as well as condensed matter systems (superconductors and other emergent phenomena). However, such a charge condensate seems subtle and is sometimes described as the spontaneous breaking of gauge symmetry (or a global subgroup). In this talk, I will argue that the Higgs phase is best understood as a symmetry-protected topological (SPT) phase. The concept of SPT phases arose out of the condensed matter community, to describe systems with short-range entanglement and edge modes which cannot be removed in the presence of certain symmetries. The perspective that the Higgs phase is an SPT phase recovers known properties of the Higgs phase and provides new insights. In particular, we revisit the Fradkin-Shenker model and the distinction between the Higgs and confined phases of a gauge theory.