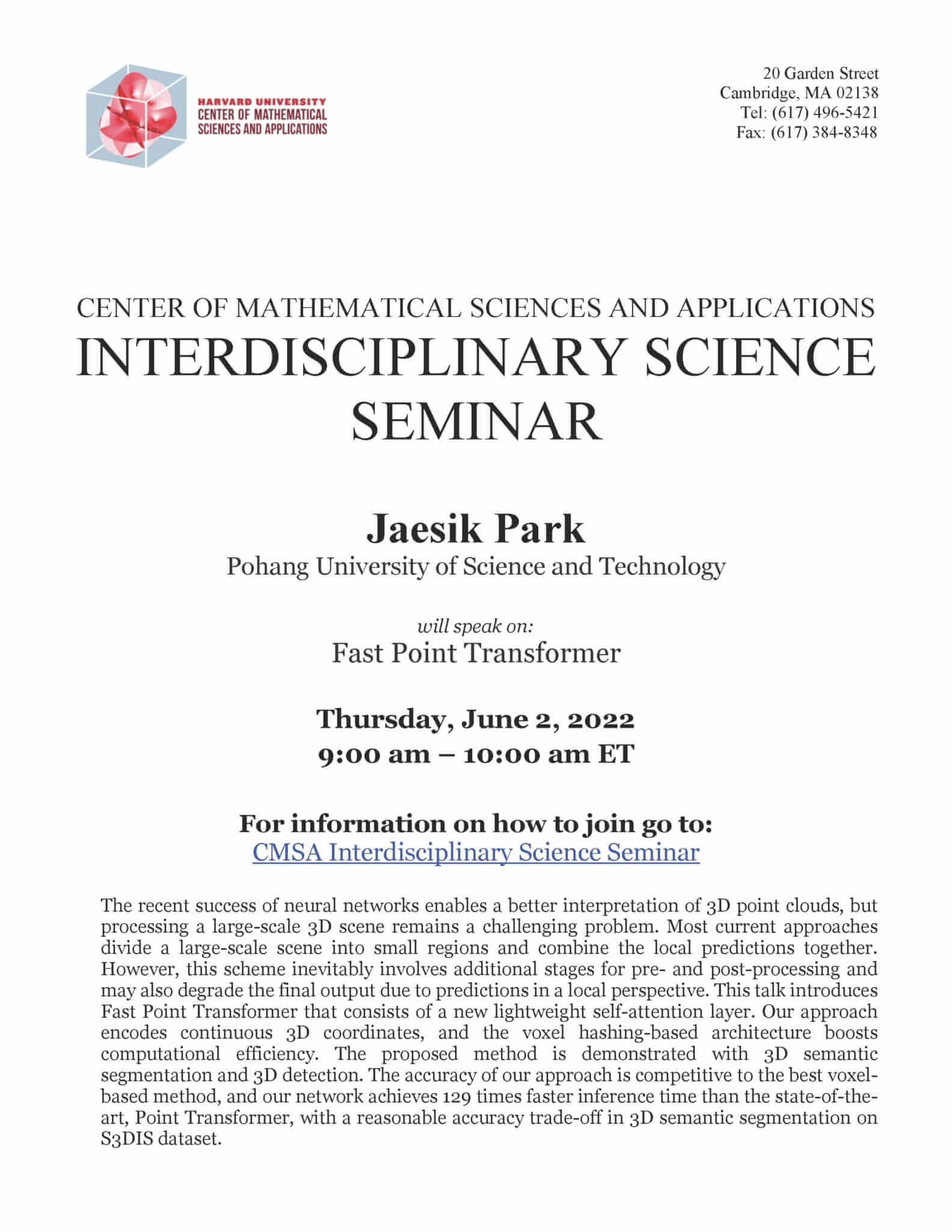 Abstract: The recent success of neural networks enables a better interpretation of 3D point clouds, but processing a large-scale 3D scene remains a challenging problem. Most current approaches divide a large-scale scene into small regions and combine the local predictions together. However, this scheme inevitably involves additional stages for pre- and post-processing and may also degrade the final output due to predictions in a local perspective. This talk introduces Fast Point Transformer that consists of a new lightweight self-attention layer. Our approach encodes continuous 3D coordinates, and the voxel hashing-based architecture boosts computational efficiency. The proposed method is demonstrated with 3D semantic segmentation and 3D detection. The accuracy of our approach is competitive to the best voxel-based method, and our network achieves 129 times faster inference time than the state-of-the-art, Point Transformer, with a reasonable accuracy trade-off in 3D semantic segmentation on S3DIS dataset.

Bio: Jaesik Park is an Assistant Professor at POSTECH. He received his Bachelor’s degree from Hanyang University in 2009, and he received his Master’s degree and Ph.D. degree from KAIST in 2011 and 2015, respectively. Before joining POSTECH, He worked at Intel as a research scientist, where he co-created the Open3D library. His research interests include image synthesis, scene understanding, and 3D reconstruction. He serves as a program committee at prestigious computer vision conferences, such as Area Chair for ICCV, CVPR, and ECCV.