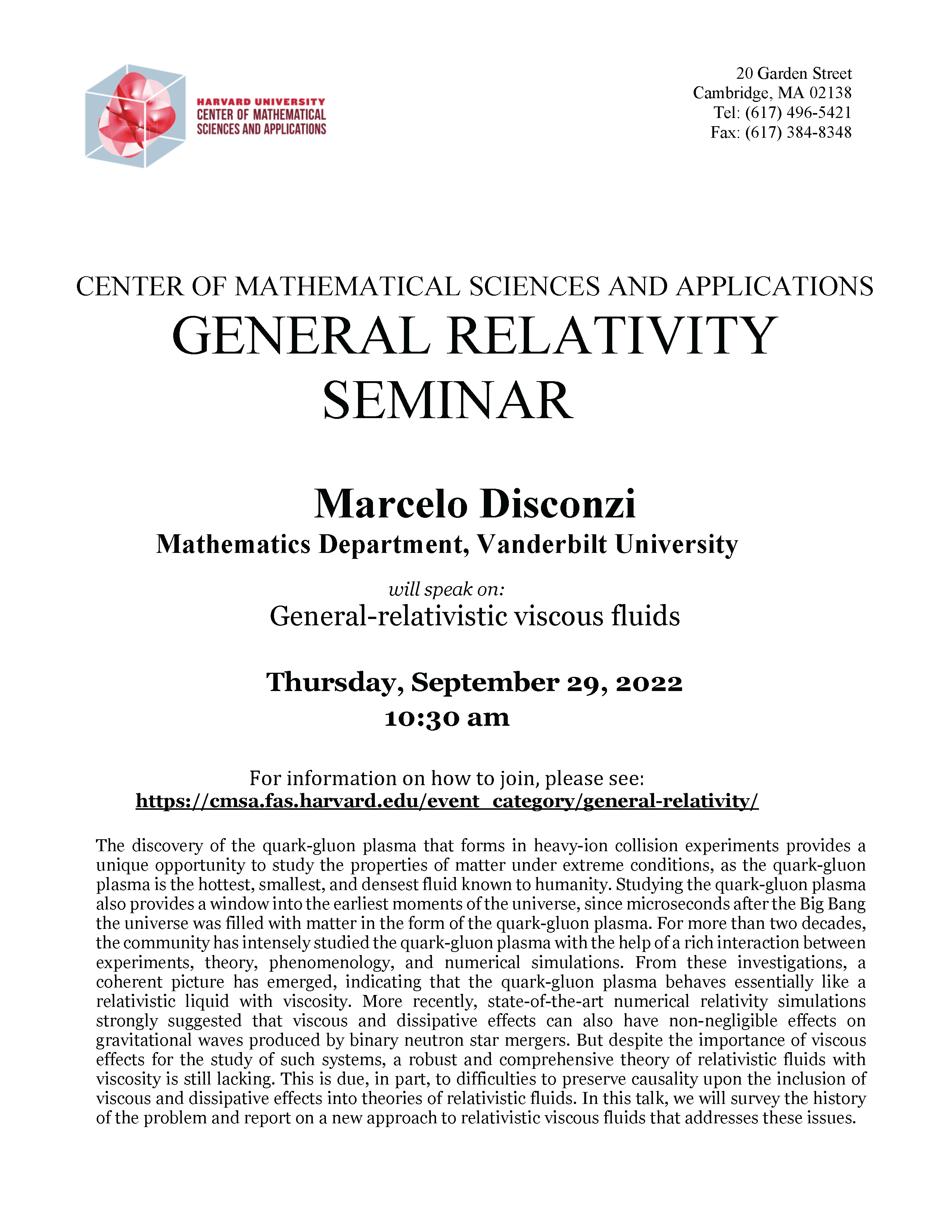 Title: General–relativistic viscous fluids
Abstract: The discovery of the quark-gluon plasma that forms in heavy-ion collision experiments provides a unique opportunity to study the properties of matter under extreme conditions, as the quark-gluon plasma is the hottest, smallest, and densest fluid known to humanity. Studying the quark-gluon plasma also provides a window into the earliest moments of the universe, since microseconds after the Big Bang the universe was filled with matter in the form of the quark-gluon plasma. For more than two decades, the community has intensely studied the quark-gluon plasma with the help of a rich interaction between experiments, theory, phenomenology, and numerical simulations. From these investigations, a coherent picture has emerged, indicating that the quark-gluon plasma behaves essentially like a relativistic liquid with viscosity. More recently, state-of-the-art numerical relativity simulations strongly suggested that viscous and dissipative effects can also have non-negligible effects on gravitational waves produced by binary neutron star mergers. But despite the importance of viscous effects for the study of such systems, a robust and comprehensive theory of relativistic fluids with viscosity is still lacking. This is due, in part, to difficulties to preserve causality upon the inclusion of viscous and dissipative effects into theories of relativistic fluids. In this talk, we will survey the history of the problem and report on a new approach to relativistic viscous fluids that addresses these issues.