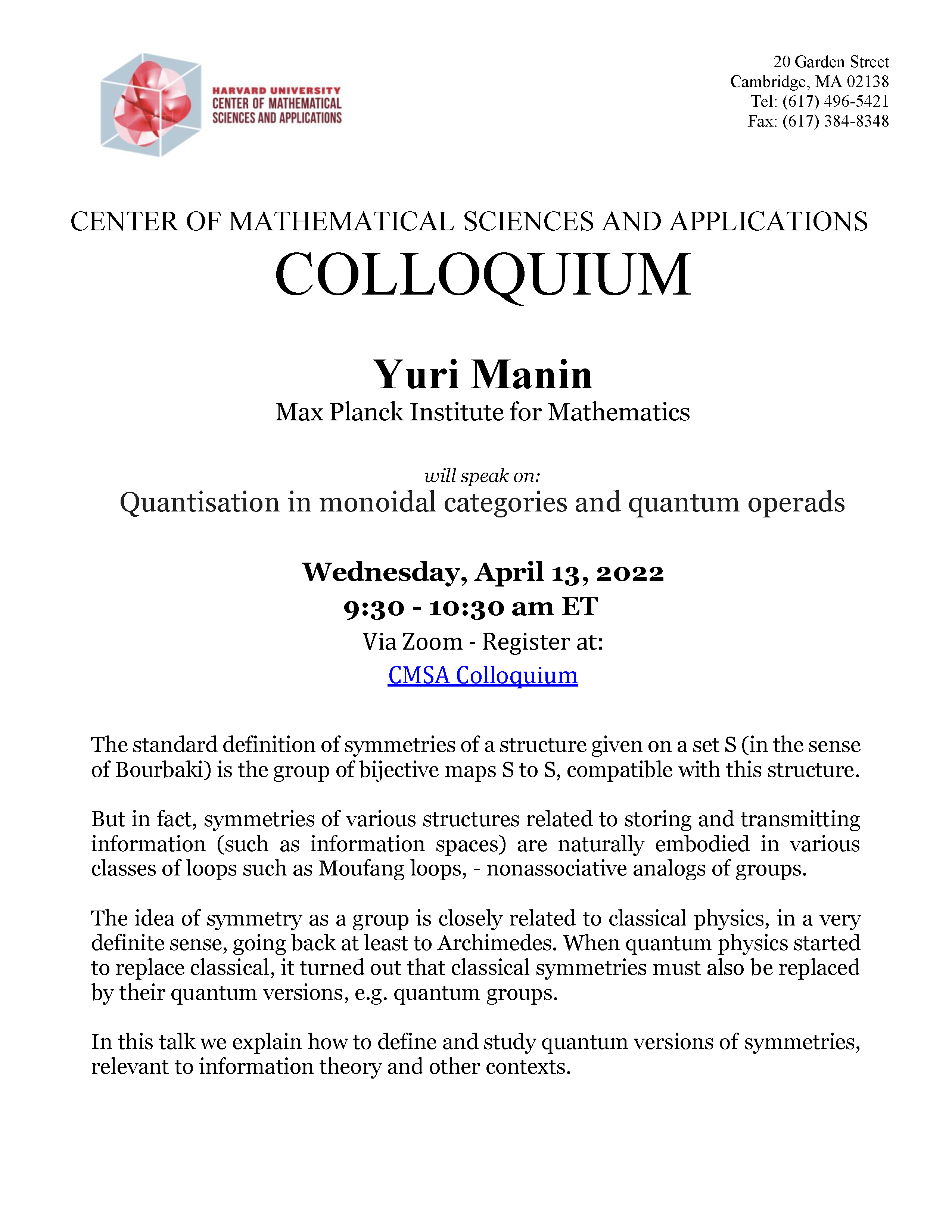 Abstract: The standard definition of symmetries of a structure given on a set S (in the sense of Bourbaki) is the group of bijective maps S to S, compatible with this structure. But in fact, symmetries of various structures related to storing and transmitting information (such as information spaces) are naturally embodied in various classes of loops such as Moufang loops, – nonassociative analogs of groups. The idea of symmetry as a group is closely related to classical physics, in a very definite sense, going back at least to Archimedes. When quantum physics started to replace classical, it turned out that classical symmetries must also be replaced by their quantum versions, e.g. quantum groups.

In this talk we explain how to define and study quantum versions of symmetries, relevant to information theory and other contexts.