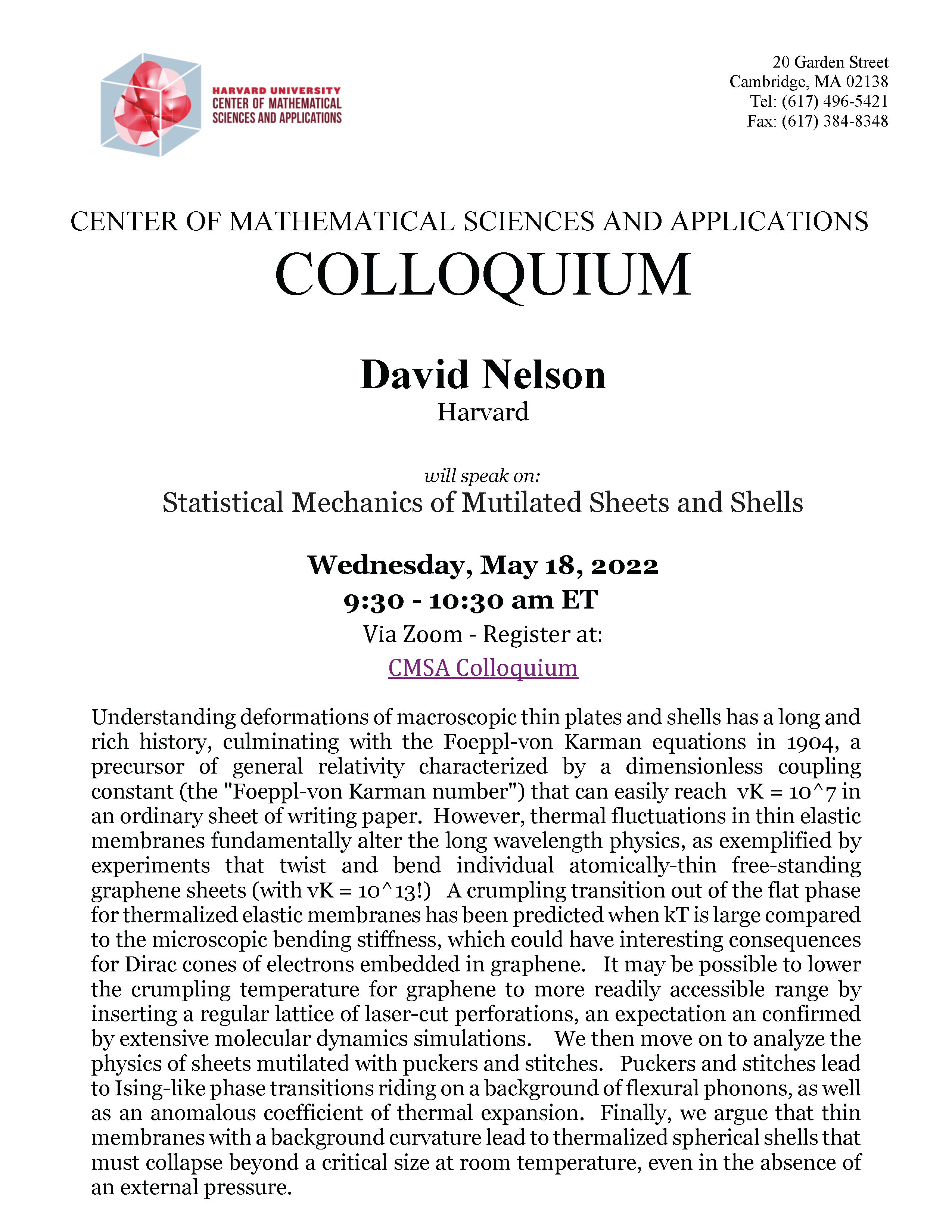 Abstract:  Understanding deformations of macroscopic thin plates and shells has a long and rich history, culminating with the Foeppl-von Karman equations in 1904, a precursor of general relativity characterized by a dimensionless coupling constant (the “Foeppl-von Karman number”) that can easily reach  vK = 10^7 in an ordinary sheet of writing paper.  However, thermal fluctuations in thin elastic membranes fundamentally alter the long wavelength physics, as exemplified by experiments that twist and bend individual atomically-thin free-standing graphene sheets (with vK = 10^13!)   A crumpling transition out of the flat phase for thermalized elastic membranes has been predicted when kT is large compared to the microscopic bending stiffness, which could have interesting consequences for Dirac cones of electrons embedded in graphene.   It may be possible to lower the crumpling temperature for graphene to more readily accessible range by inserting a regular lattice of laser-cut perforations, an expectation an confirmed by extensive molecular dynamics simulations.    We then move on to analyze the physics of sheets mutilated with puckers and stitches.   Puckers and stitches lead to Ising-like phase transitions riding on a background of flexural phonons, as well as an anomalous coefficient of thermal expansion.  Finally, we argue that thin membranes with a background curvature lead to thermalized spherical shells that must collapse beyond a critical size at room temperature, even in the absence of an external pressure.