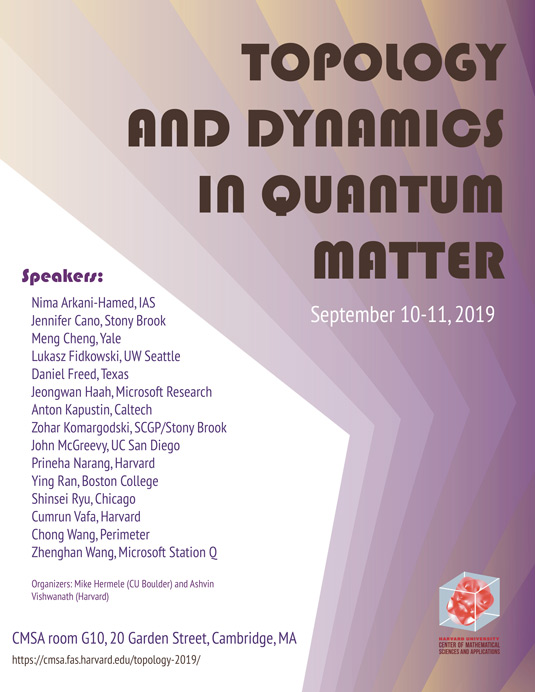 On September 10-11, 2019, the CMSA will be hosting a second workshop on Topological Aspects of Condensed Matter.

New ideas rooted in topology have recently had a major impact on condensed matter physics, and have led to new connections with high energy physics, mathematics and quantum information theory.  The aim of this program will be to deepen these connections and spark new progress by fostering discussion and new collaborations within and across disciplines.

This workshop is part of the CMSA’s program on Program on Topological Aspects of Condensed Matter, and is the second of two workshops, in addition to a visitor program and seminars.

The workshop will be held in room G10 of the CMSA, located at 20 Garden Street, Cambridge, MA.

Videos of the lectures can be found in the Youtube playlist below. Links to talks are also available on the schedule below.