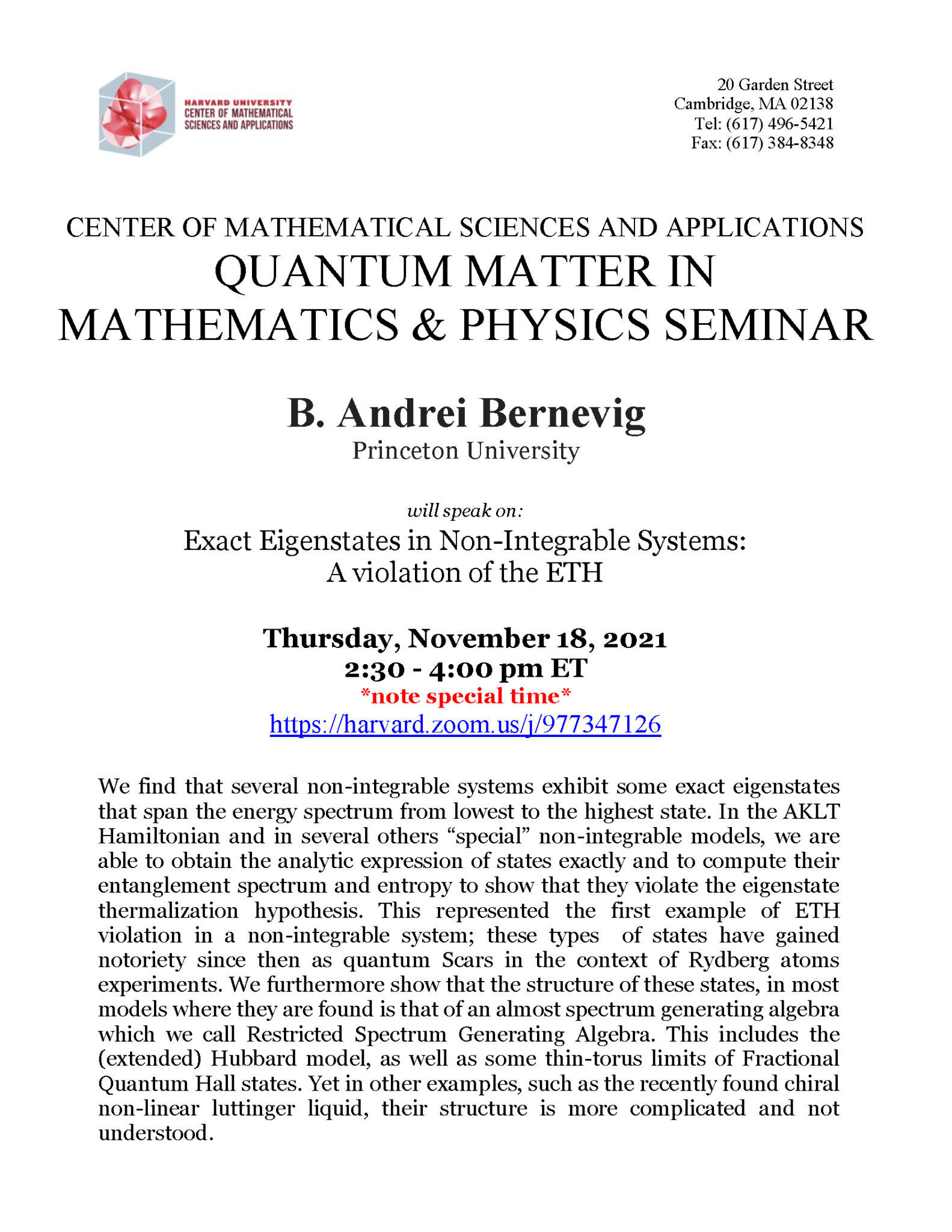 Title: Exact Eigenstates in Non-Integrable Systems: A violation of the ETH

Abstract: We find that several non-integrable systems exhibit some exact eigenstates that span the energy spectrum from lowest to the highest state. In the AKLT Hamiltonian and in several others “special” non-integrable models, we are able to obtain the analytic expression of states exactly and to compute their entanglement spectrum and entropy to show that they violate the eigenstate thermalization hypothesis. This represented the first example of ETH violation in a non-integrable system; these types of states have gained notoriety since then as quantum Scars in the context of Rydberg atoms experiments. We furthermore show that the structure of these states, in most models where they are found is that of an almost spectrum generating algebra which we call Restricted Spectrum Generating Algebra. This includes the (extended) Hubbard model, as well as some thin-torus limits of Fractional Quantum Hall states. Yet in other examples, such as the recently found chiral non-linear Luttinger liquid, their structure is more complicated and not understood.