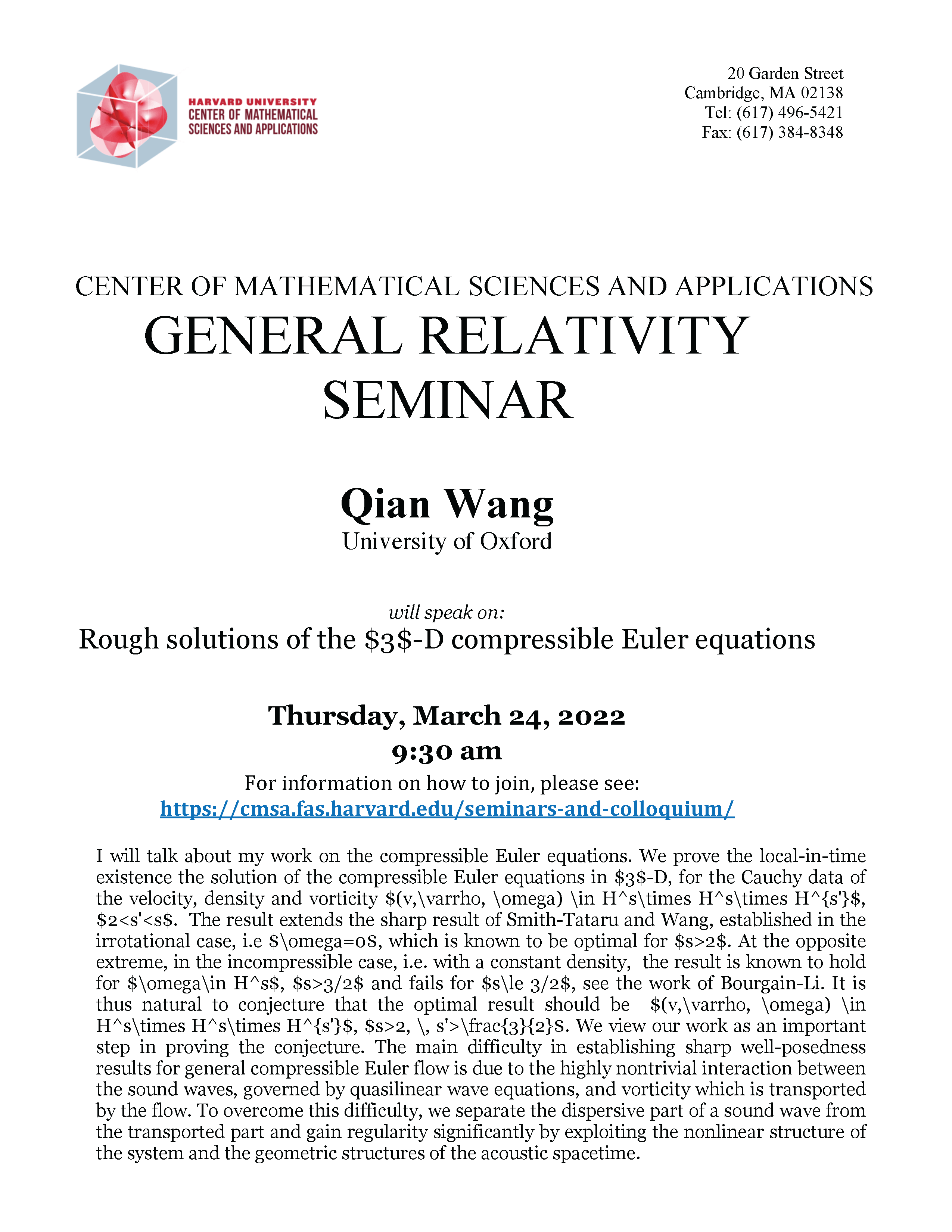 Abstract: I will talk about my work on the compressible Euler equations. We prove the local-in-time existence the solution of the compressible Euler equations in $3$-D, for the Cauchy data of the velocity, density and vorticity $(v,\varrho, \omega) \in H^s\times H^s\times H^{s’}$, $2<s'<s$.  The result extends the sharp result of Smith-Tataru and Wang, established in the irrotational case, i.e $\omega=0$, which is known to be optimal for $s>2$. At the opposite extreme, in the incompressible case, i.e. with a constant density,  the result is known to hold for $\omega\in H^s$, $s>3/2$ and fails for $s\le 3/2$, see the work of Bourgain-Li. It is thus natural to conjecture that the optimal result should be  $(v,\varrho, \omega) \in H^s\times H^s\times H^{s’}$, $s>2, \, s’>\frac{3}{2}$. We view our work as an important step in proving the conjecture. The main difficulty in establishing sharp well-posedness results for general compressible Euler flow is due to the highly nontrivial interaction between the sound waves, governed by quasilinear wave equations, and vorticity which is transported by the flow. To overcome this difficulty, we separate the dispersive part of a sound wave from the transported part and gain regularity significantly by exploiting the nonlinear structure of the system and the geometric structures of the acoustic spacetime.