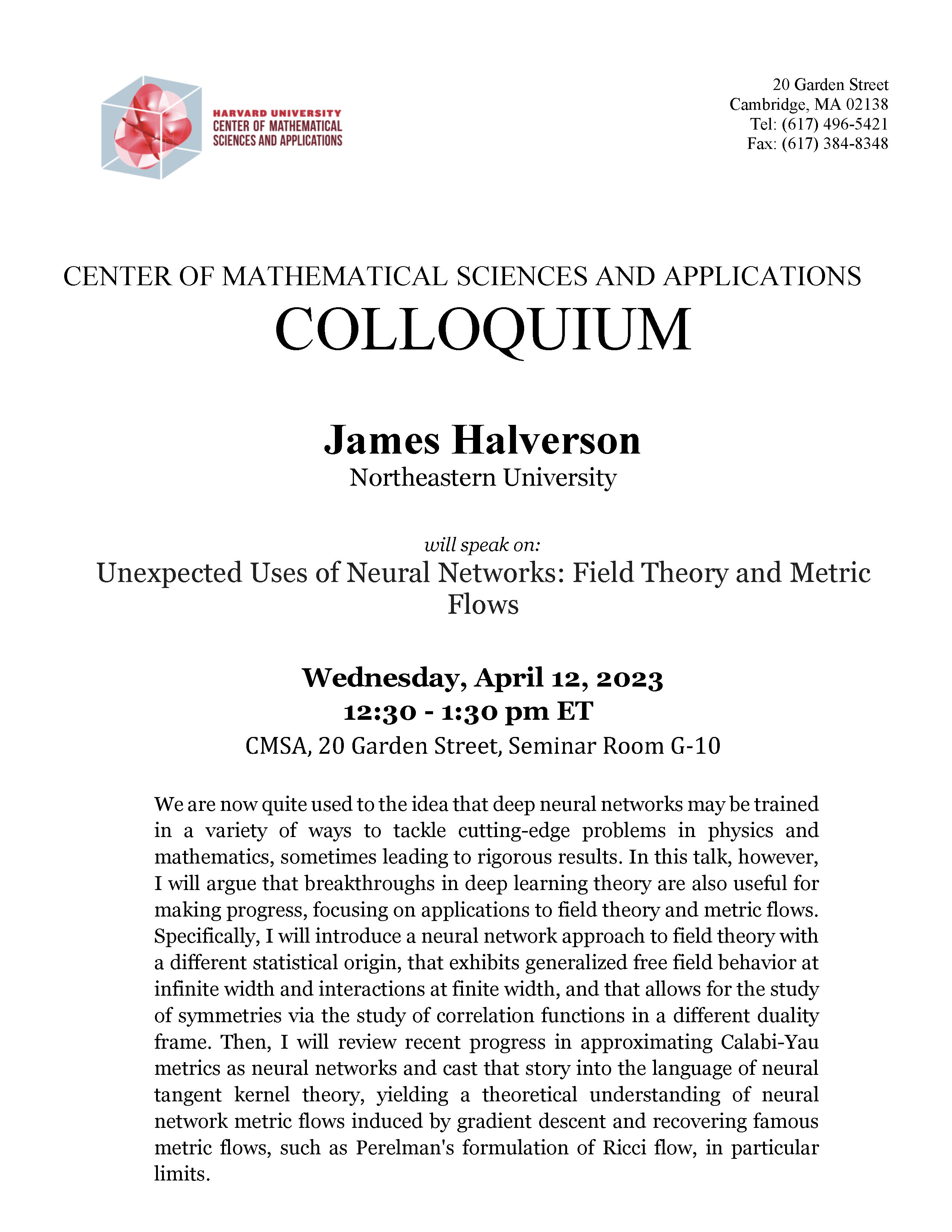 Abstract:  We are now quite used to the idea that deep neural networks may be trained in a variety of ways to tackle cutting-edge problems in physics and mathematics, sometimes leading to rigorous results. In this talk, however, I will argue that breakthroughs in deep learning theory are also useful for making progress, focusing on applications to field theory and metric flows. Specifically, I will introduce a neural network approach to field theory with a different statistical origin, that exhibits generalized free field behavior at infinite width and interactions at finite width, and that allows for the study of symmetries via the study of correlation functions in a different duality frame. Then, I will review recent progress in approximating Calabi-Yau metrics as neural networks and cast that story into the language of neural tangent kernel theory, yielding a theoretical understanding of neural network metric flows induced by gradient descent and recovering famous metric flows, such as Perelman’s formulation of Ricci flow, in particular limits.