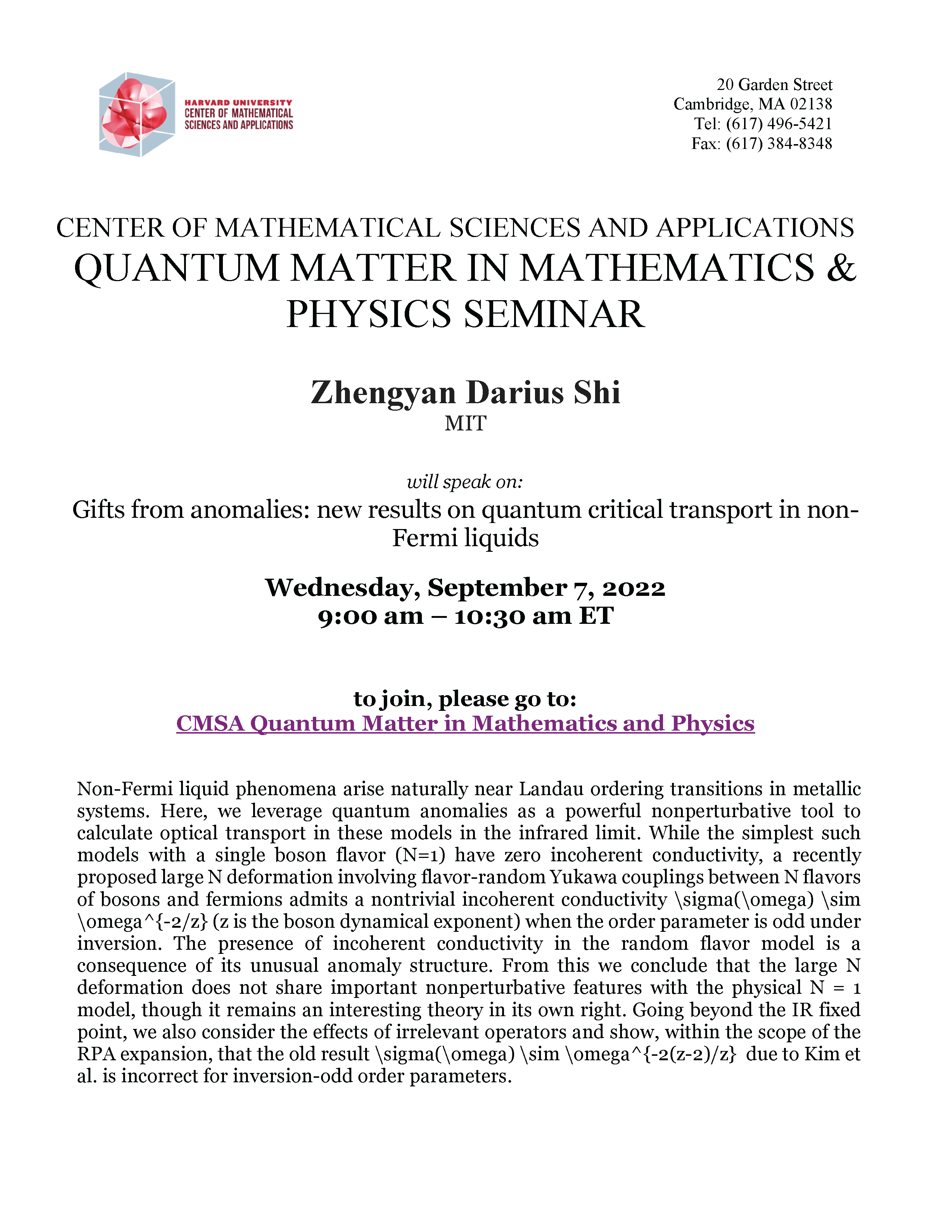 (z is the boson dynamical exponent) when the order parameter is odd under inversion. The presence of incoherent conductivity in the random flavor model is a consequence of its unusual anomaly structure. From this we conclude that the large N deformation does not share important nonperturbative features with the physical N = 1 model, though it remains an interesting theory in its own right. Going beyond the IR fixed point, we also consider the effects of irrelevant operators and show, within the scope of the RPA expansion, that the old result

due to Kim et al. is incorrect for inversion-odd order parameters.