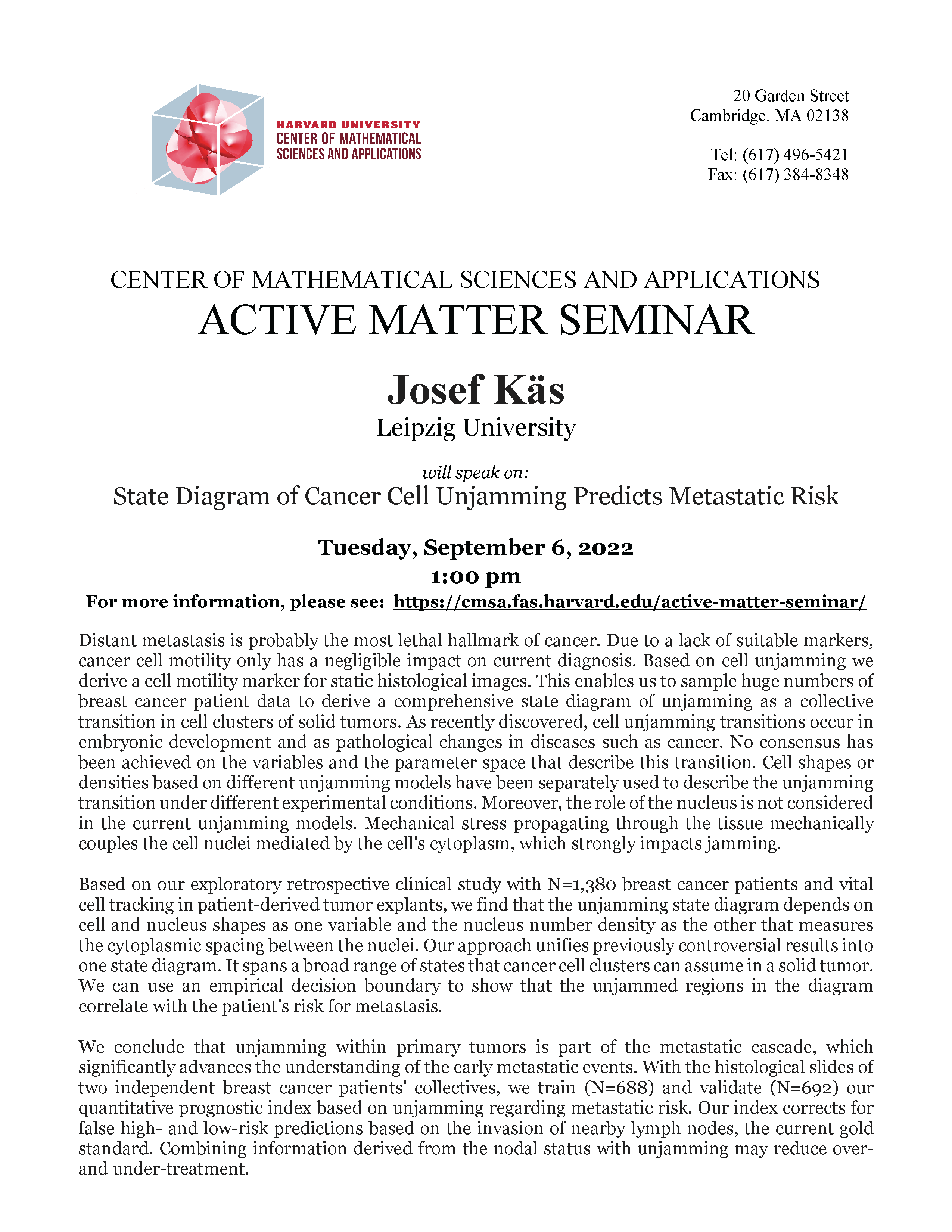 Abstract: Distant metastasis is probably the most lethal hallmark of cancer. Due to a lack of suitable markers, cancer cell motility only has a negligible impact on current diagnosis. Based on cell unjamming we derive a cell motility marker for static histological images. This enables us to sample huge numbers of breast cancer patient data to derive a comprehensive state diagram of unjamming as a collective transition in cell clusters of solid tumors. As recently discovered, cell unjamming transitions occur in embryonic development and as pathological changes in diseases such as cancer. No consensus has been achieved on the variables and the parameter space that describe this transition. Cell shapes or densities based on different unjamming models have been separately used to describe the unjamming transition under different experimental conditions. Moreover, the role of the nucleus is not considered in the current unjamming models. Mechanical stress propagating through the tissue mechanically couples the cell nuclei mediated by the cell’s cytoplasm, which strongly impacts jamming.

Based on our exploratory retrospective clinical study with N=1,380 breast cancer patients and vital cell tracking in patient-derived tumor explants, we find that the unjamming state diagram depends on cell and nucleus shapes as one variable and the nucleus number density as the other that measures the cytoplasmic spacing between the nuclei. Our approach unifies previously controversial results into one state diagram. It spans a broad range of states that cancer cell clusters can assume in a solid tumor. We can use an empirical decision boundary to show that the unjammed regions in the diagram correlate with the patient’s risk for metastasis.

We conclude that unjamming within primary tumors is part of the metastatic cascade, which significantly advances the understanding of the early metastatic events. With the histological slides of two independent breast cancer patients’ collectives, we train (N=688) and validate (N=692) our quantitative prognostic index based on unjamming regarding metastatic risk. Our index corrects for false high- and low-risk predictions based on the invasion of nearby lymph nodes, the current gold standard. Combining information derived from the nodal status with unjamming may reduce over- and under-treatment.