The Emergence Proposal in Quantum Gravity and the Species Scale 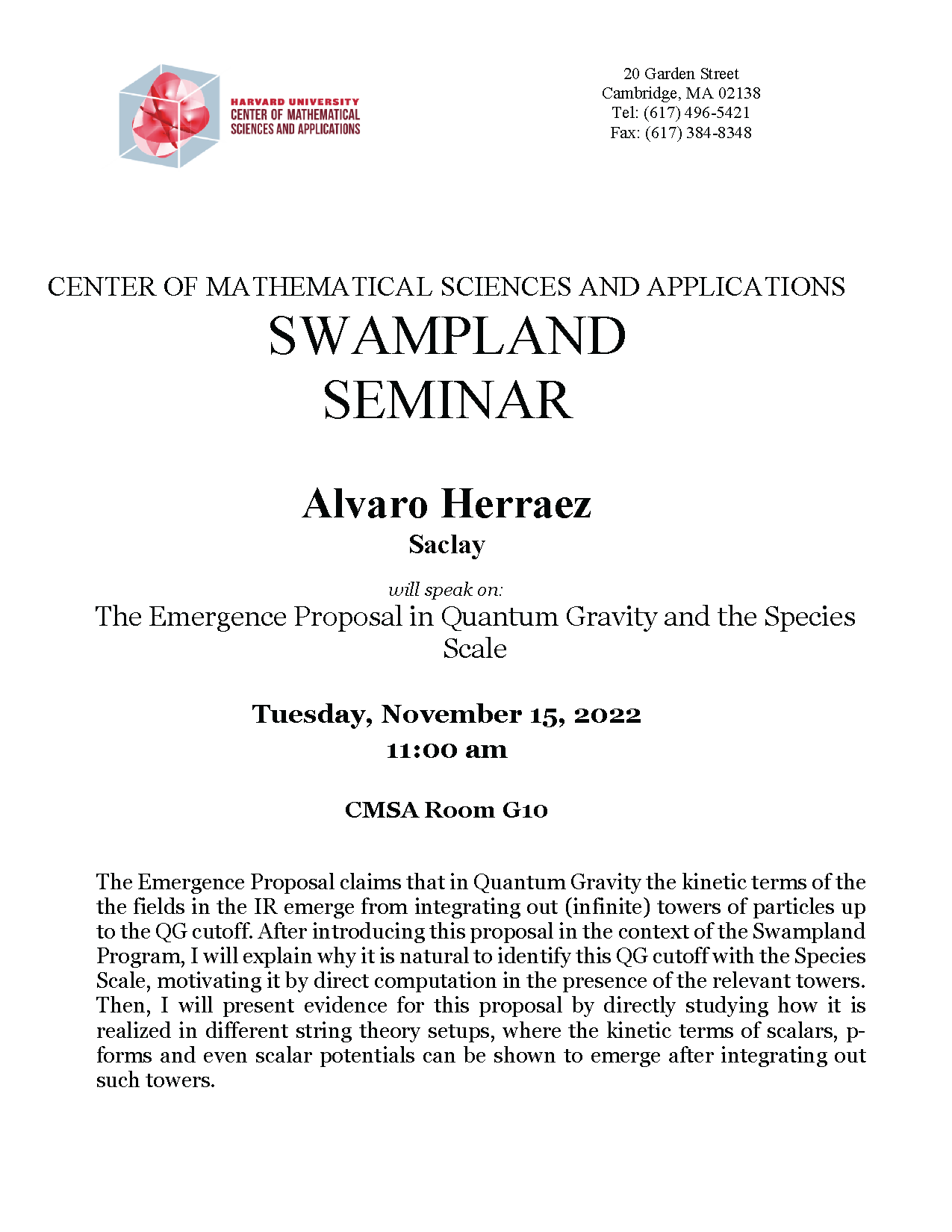 Title: The Emergence Proposal in Quantum Gravity and the Species Scale

Abstract: The Emergence Proposal claims that in Quantum Gravity the kinetic terms of the fields in the IR emerge from integrating out (infinite) towers of particles up to the QG cutoff. After introducing this proposal in the context of the Swampland Program, I will explain why it is natural to identify this QG cutoff with the Species Scale, motivating it by direct computation in the presence of the relevant towers. Then, I will present evidence for this proposal by directly studying how it is realized in different string theory setups, where the kinetic terms of scalars, p-forms and even scalar potentials can be shown to emerge after integrating out such towers.